Why? is an aerial duet performed in two parts using climbing harnesses. The dance floor is flipped through 90 degrees so they’re actually dancing on the wall – ‘vertical dance’.

Running at 20mins long, the piece is performed to a powerfully haunting commissioned sound score, with spoken word interspersed throughout the piece.

Why? is a vertical dance duet, performed on a bespoke free-standing wall. Originally created in 2004 it formed the keystone for Gravity & Levity’s first full length touring production which played at Brighton Festival in 2005.

In 2019 the piece was re-imagined with the same creative team and cast 15 years on.

Two people faced with a wall.

Faced with a wall.

The audience will experience a sense of the unknown and a visceral connection to the work that challenges perceptions and perspectives.

Why? was originally commissioned by ROH2 after winning the Jerwood Circus Award.

Gravity & Levity is an aerial dance company that was launched in 2003 by Artistic Director Lindsey Butcher. Through exploring the creative and expressive potential in applying a dance aesthetic to aerial suspension techniques, they aim to liberate and intensify the possibilities of each to create work with a compelling immediacy.

Gravity & Levity have won Dance For Camera & Jerwood Circus Awards and work with multi-artform artists, across both indoor and outdoor arenas.

Now in its 16th year, the company’s work has been instrumental in pushing the boundaries of aerial dance, offering an alternative to traditional aesthetics in both dance and circus. 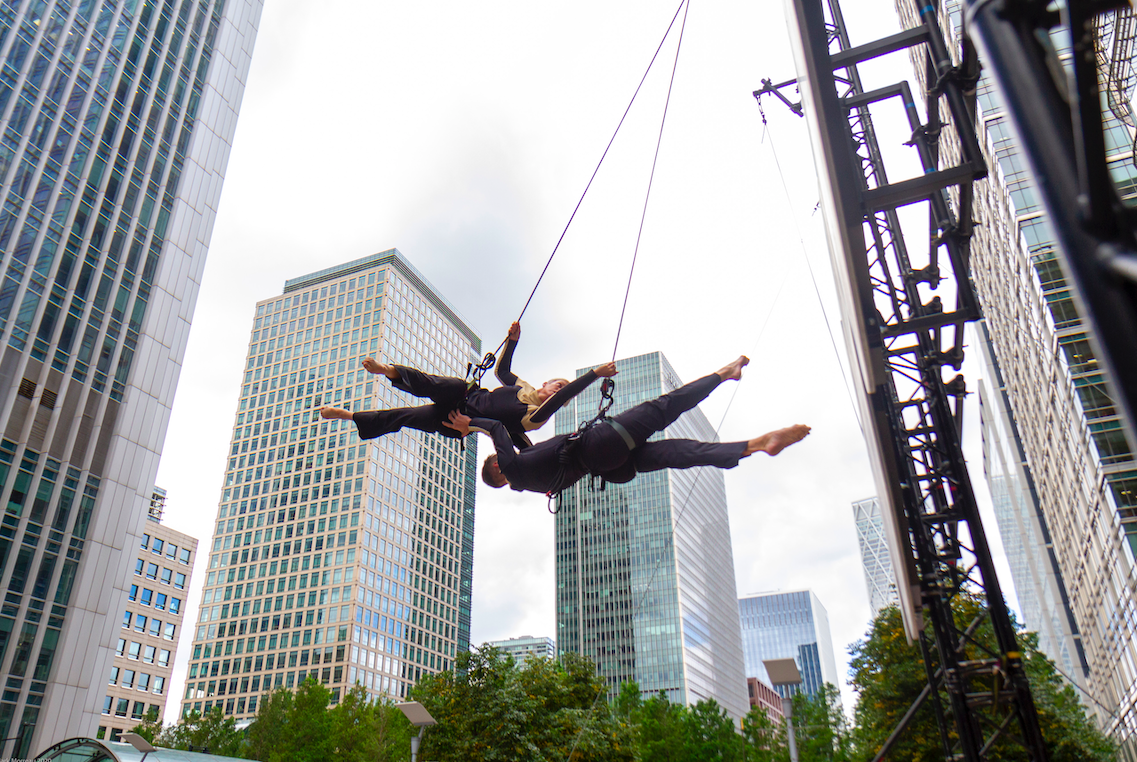 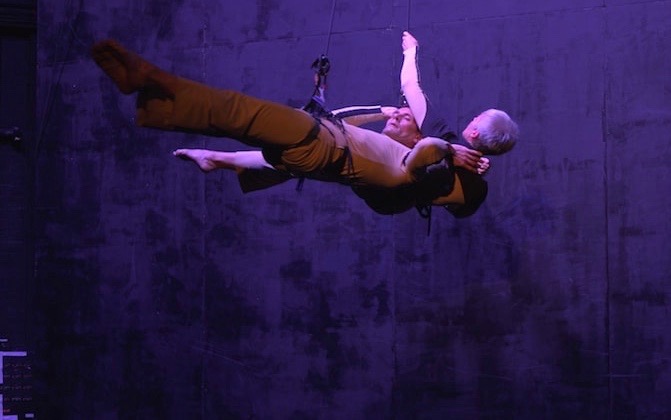 Why? is supported by Without Walls and commissioned by Norfolk and Norwich Festival.

Why? was re-created with generous support from Arts Council England, The Point, Fidget Feet and the Irish Aerial Creation Centre.