What Happened to You?

What Happened to You? follows three raggedy puppets, who like their puppeteers, are just trying to get through the day. Ahead of them lies a mountain of challenges and they are forced to find creative ways to overcome their impassable surroundings.

This show explores our preconceptions about disability in a playful and humorous way, that is enjoyable for the whole family.

About What Happened to You?

Inspired by verbatim theatre, this show weaves together scenarios inspired by real-life stories, promoting the social model of disability, and underlining the importance of access and inclusion. Young audiences and their families can expect to have fun, play, and to leave with greater awareness and understanding.

Challenging the fundamental laws of traditional puppetry, and drawing from day to day experiences, Nikki Charlesworth created three award-winning puppets that embody her own disability and walk as she walks, using her old orthotics.

Nikki is a theatre designer, puppeteer, puppet maker and performer from Nottingham.

Since graduating from Nottingham Trent, Nikki has worked at the forefront of disability-led theatre-making. As a Designer, she worked as part of the creative team on the opening and closing ceremonies of the 2015 CPISRA World Games, co-designing the performer’s costumes and being a general assistant on production. Nikki was Assistant Designer on Graeae’s REASONS TO BE CHEERFUL and Ramp on the Moon’s production of TOMMY. Most recently she worked as a puppet designer and performer on the UK tour of SPLASH!, an outdoor multi-sensory production aimed at children and adults with moderate to profound and multiple learning disabilities and their families, by circus company Extraordinary Bodies.

Nikki also worked as a workshop facilitator in Drama and Puppetry to children at both SEN schools and mainstream primary schools, representing Graeae Theatre Company and The Mighty Creatives. Alongside this, she creates her own work as a self-producing performer and designer. In 2018, Nikki made a verbatim puppet show called LUCKIEST GIRL ALIVE which was performed at Nottingham Puppet. 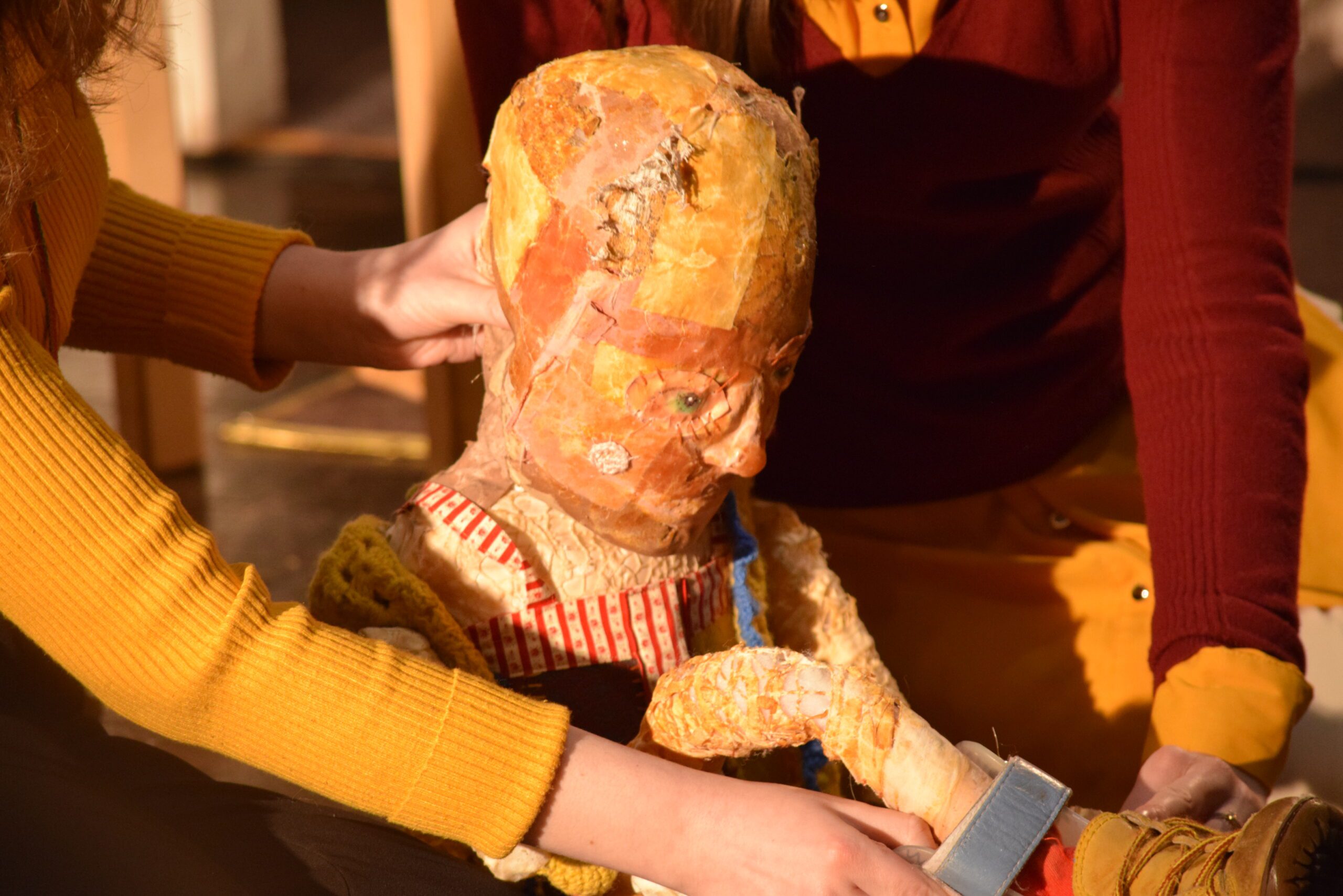 The original 2018 research and development team consisted of:

A new creative team for the 2021 production will be announced soon.

What Happened to You? is supported by Without Walls, further partners to be announced.