Expect glitter, confetti, power ballads, and a big dose of camp as we get communities up on their feet and dancing together.

Using a distinctive mix of drag, cabaret, live music, interactive game shows, and disco Performed by some of the UK’s leading cabaret artists, Fatt Projects are transforming public spaces into dancefloors and explosions of queer joy.

Expect glitter, confetti, power ballads, and a big dose of camp as we get communities up on their feet and dancing together.

DISCO NATION is a body of outdoor and public space queer performance work from Fatt Projects, with the aim of transforming the nation through the power of queer joy, drag, & disco.

There are three offers under the DISCO NATION umbrella, each specifically designed to cater to different locations, audiences, budgets and scales of presentation:

THE DISCO NATION – a large scale public space silent disco for up to 200 people at any time.

Suitable for all ages, get your dancing shoes on and step into the disco nation on your own doorstep – because anywhere can be a dancefloor, babes!

Fatt Projects is a midlands based queer performance company dedicated to creating socially engaged projects, which use performance in diverse contexts to think about queerness, community, fatness, care, & making change.

We create ‘full-fat’ projects with a distinctly queer aesthetic, which are just as likely to take place in public spaces and contexts where queer identities and politics are underrepresented as it is in a conventional theatre space.

We are interested in asking questions, art that celebrates, and making spaces that empower people. 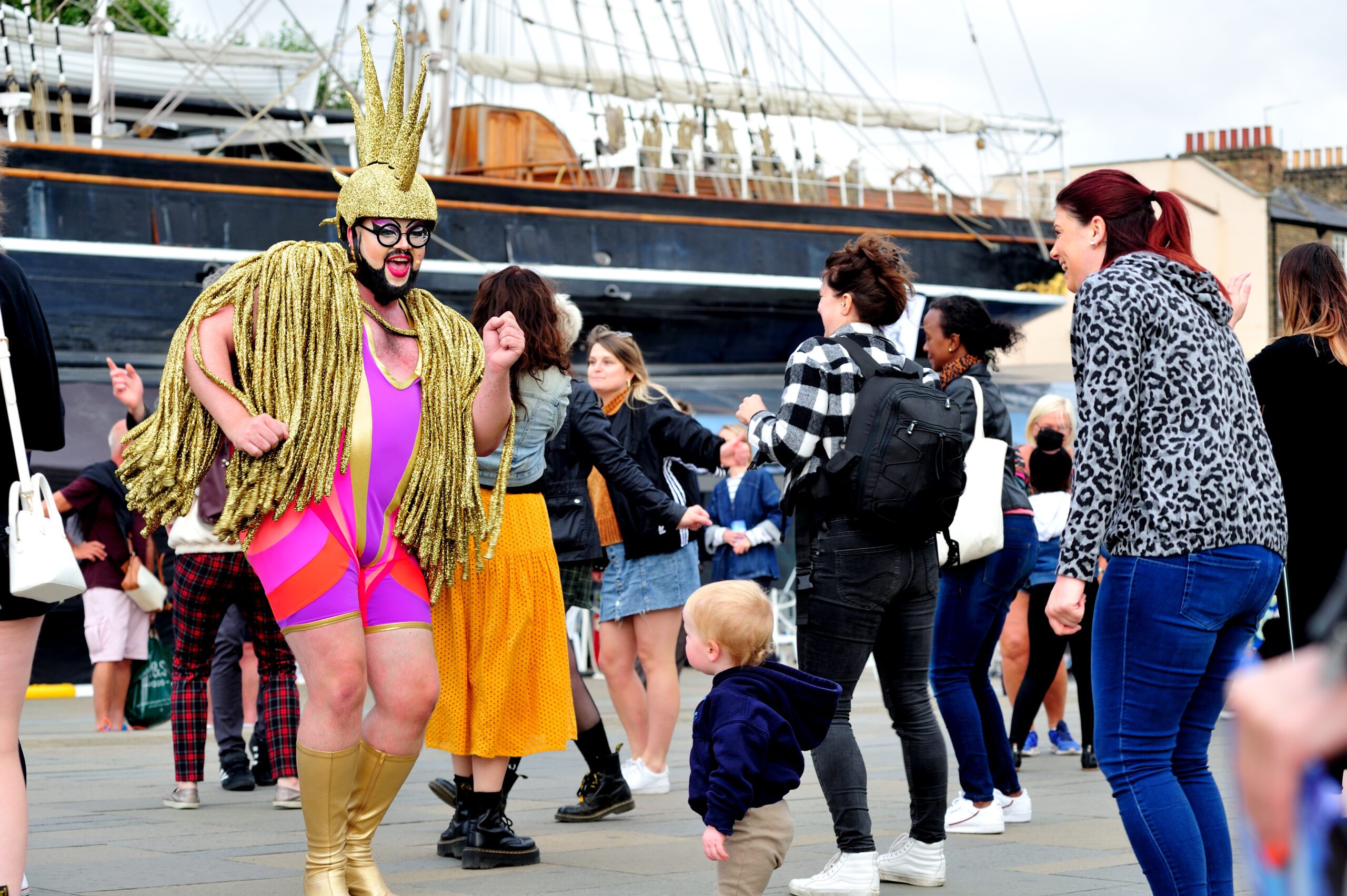 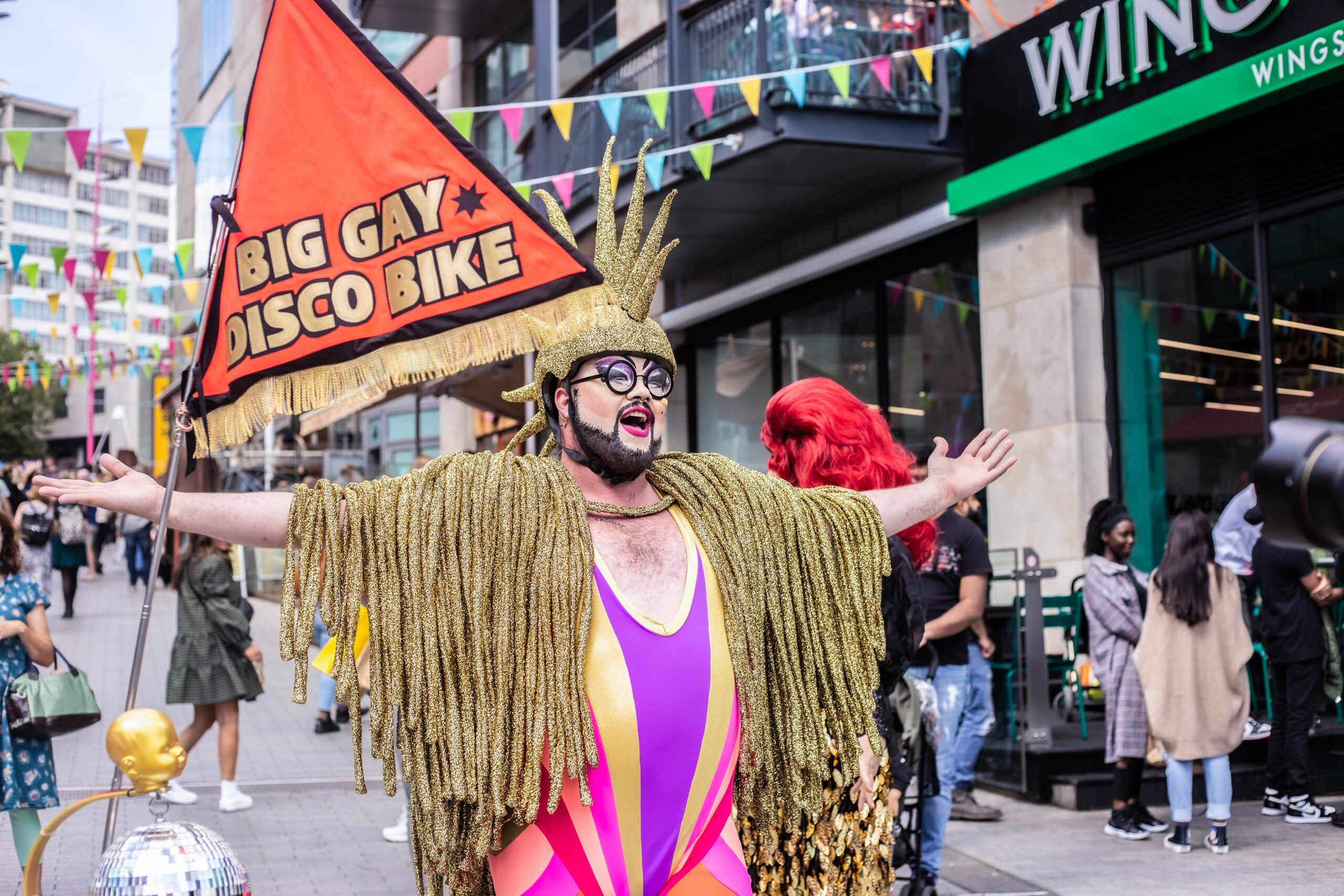 Big Gay Disco Bike has been supported by Without Walls and commissioned by Salisbury International Arts Festival, Just So Festival and Hat Fair.

Big Gay Disco Bike will be appearing at...